I know I have been negligent in my posts here as of late, but I have been trying but I have also been deleting... too much to say and then nothing to say. Things here at home have been so insanely busy the last -- ummm lets just say -- forever... that I know that things are starting to catch up to me both mentally and physically.

Sam got home from Cadet training all safe and sound. July 29th came and went. For most people it was just another day -- which it was but I personally found it extremely hard with Sam being so far away. I sat and cried over the day and thanked God for all that He blessed us with that Tuesday and the days, weeks, months and years to follow. But I had a sinking feeling in the pit of my stomach all day and until he (Sam) came home on the 31st

Since then I have been trying to arrange all the appointments that are needed before the surgery (cranial plasti -- a plate to placed where the bullet entered his head -- I have such a hard time with saying that B word. It makes me have to blink back tears.) and for appointments for myself and Joshua and Sam -- after the surgery, football, school, and the rest of life for everyone. I have found a place to live the week we are in if I can't get into the Ronald MacDonald House. It is safe and secure but it is not right close to the hospital-- but IT IS free and private (thank you God!)  I have also been trying to plan a holiday that we are going on next week with the kids. Dennis and I are taking the family to see the Rockies, the Tyrell Museum and other fun family stuff along the way. So I have been trying to plan stops, groceries, budget gas, food, etc. and still stay somewhat sane. Along with this I have been promoted to Manager of the Neepawa Tigers football team, I have been helping Dennis with whatever he is needing help with, getting kids to enjoy the summer, getting kids to and from work,... blah blah blah.

When I think about this up and coming surgery I just feel heavy and tired. I know he is in good hands with not only the doctors but God will be with us all as he goes back to the hospital-- but I am a mom AND that makes me human. I have not been worrying about it but sometimes I stop and have to catch my breath again over the whole thing. I wonder when the anxiety and tears will stop?

See there is nothing really going on that needs to be posted here, mostly just 'whining and whingeing' so I apologize...maybe once we are back from a break from reality for a few days I can get more elaborate thots down.... LOL who am I kidding!?  Me an elborate thots are not sympatico! ☺
Posted by Dennis & Jodi at 4:56 PM No comments: Links to this post 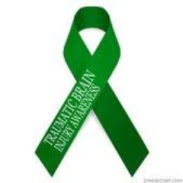